An annual air show was here at the Fort Worth Alliance Airport this past weekend and the USAF F-16 jets were out practicing all  last week. The Thunderbirds sometimes fly over at what seems like mere feet overhead and produce that unmistakable, thunderous roar. Very few things give you that chilling, bone shaking feeling that teeters back-and-forth on the border of intimidation and empowerment. A neighbor posted on our community Facebook page that she was annoyed that jets were flying over her house while her toddler was trying to nap. Comments and subsequent posts ranged from “I know, it’s so annoying” to sarcasm such as “yeah, they should arrange practice around nap time” or “you knew the airport was here when you moved in.”

This exchange got me thinking about some of the ways that we humans respond to each other and had me wondering why. Please read to the end of this post before you get mad at me as I am going to attempt to examine this as 2 completely different issues rather than acting as FBPD and deciding who is right/wrong. Basically, there were 2 different response types to her post: one of fact or truth, and one of grace or compassion. I am going to quickly chime in on each response as these are generally the same responses we have in all interpersonal interactions.

A response of truth

Truth means “hiding nothing” or “unhidden” when translated from Greek. In English, truth means an honest answer or widely accepted fact. In American, we sometimes translate truth as “telling it like it is, no sugar-coating, no beating-around-the-bush, all-up-in-your-face honesty.” Followers of Christ look to the Bible to teach us what truth is and tell us that we are to hold each other accountable for. In the example of the fighter jets, the truth is that no one person is important enough to plan practice around. Another truth is that fighter jets will wake babies up at times and there is just nothing we can do about it. The truth is that mid-morning, which is generally about toddler nap time, is the perfect time for them to practice! The truth is that making that statement, even on Facebook, is not going to change anything.

A response of grace or compassion

Grace means favor, blessing, or kindness. (Many Christians think of grace as God giving us blessings that we don’t deserve.) Grace encompasses ideas like unearned forgiveness, understanding, and compassion. In the particular case mentioned above, compassion seemed to given most. It was once suggested to me, and I believe, that the two words in the English language that carry the most power are either, “I know” or “me too.” Sometimes hearing that from someone can act as an affirmation, can make us feel normal, or even begin a healing process. There is great power in knowing that we are not the only ones who (fill in the blank). Specifically, I know how frustrating it can be when something out of the ordinary interrupts that precious little time you have when that toddler is supposed to be asleep. It used to infuriate me too! I can feel her pain. Sometimes people say things simply to voice a frustration and to have it validated by someone else. Much of the time, they don’t expect anything to change in response, they just need to vent.  We see this interaction all the time, even in what some people think are unimportant situations (see below). 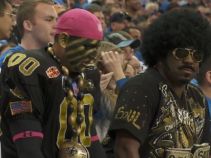 FAN #00: “The Saints keep giving away games at the last minute. It is driving me crazy!”

FAN #00: “Thanks Fan With Soul, I feel validated, understood and important now.”

(NOTE: These are not exact quotes.)

So what wins out then? Grace or truth?

The lifegroups at my church, Fellowship of the Parks, are doing a study entitled Christian (see below). In one of the messages, Andy Stanley addresses this very question.  This has been my motivation in addressing this topic. He points out which of the two, grace or truth, normally wins out. The answer was very profound to me: it depends on who we are talking about! We tend to lean toward speaking truth, saying exactly how it should be, and setting feelings aside when we are talking about other people. However, we would much prefer the approach of grace, forgiveness, and compassion when it comes to our own situation. Funny how that works, isn’t it? I am as guilty of it as anyone, especially when I find my self in moments of frustration and impatience ,like getting 3 kids off to school in time in the morning.  I will often remind my kids about the Biblical truth about being obedient to (Eph 6:1) and respecting our parents. However, I tend to seek grace when I forget that just 3 verses later (Eph 6:4) we are told not to exasperate or anger our children. After all, if they wouldn’t…. nevermind. 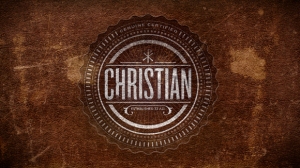 Does there have to be a winner?

Is it possible that we can live in such a way that we are able to speak truth and hold people accountable while still affording expansive amounts of grace? What if we spoke truth equally as much as grace? What if we showed grace each and every time we felt the need to speak the truth? Because neither you nor I are Jesus, chances are we will never be constantly full of both grace AND truth, we will always tend to lean more toward one or the other. My encouragement to you is this: if it isn’t blatantly clear which is most appropriate, perhaps we need to refer to the Golden Rule of treating others the way we want to be treated. Or it is quite possible that we don’t need to speak at all.

Thanks for reading. I hope you enjoyed this enough to click the +Follow button on the bottom right of your screen.